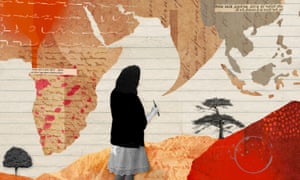 We are always, in this country, obliging refugees to tell their arrival stories: border officials, social workers, charity workers, housing officers all want to know, and the consequences of telling the wrong tale are dire. In our school, there is a code of silence. Teachers, on principle, accept each new arrival as simply a student equal to all others, and try to meet their needs as they appear. Students follow suit, speaking to each other in English, of English things, in mixed racial groups. This, mostly, is a good thing, but it does leave a layer of stories untold, and some festering, because very few people make it out of war zones by being exceptionally nice at all times. The more terrible the place they have fled, the more likely they are to have seen things that leave an awful, lingering sense of shame.

Priya was in the lower set because her critical skills were, at best, ragged, yet when it came to poetry it was as if she were listening, with extra ears, as much to the sounds of the words as their sense. I thought it might be to do with the loss of a language: Priya moved from Bangladesh when she was six. If that was the case, there might be more students like her in our school. In fact, we might have a wealth of them. Poets.

Now, I was going to make a group of them. Students tempered by loss – but not just that. I wanted those turned inward instead of outward, the quiet sort. Ones who read, of course, and preferably in two languages. And then something harder to describe: the ones who, whether they had arrived months or years previously, still seemed to live in two worlds and two languages. I also decided, just for once, to limit my group to girls. Several of the students I had in mind came from strict homes: it would help them speak freely if there were no boys around. And so it was that I asked the English department for some Very Quiet Foreign Girls.

alison roman & the unbearable whiteness of being